Welcome to Santa craft ideas headquarters where you will find fun craft ideas to ring in the ho-ho-ho holiday.  Santa is checking to see if you are naughty or nice so be on your best behavior.  I bet you could win some "brownie points" by trying the simple Christmas crafts you see below.

* If you see a craft ideas you would like to try, click on its picture and you'll be taken to a step-by-step tutorial that will show you how to make it.

If you have any Santa craft ideas that you would like to share with everyone then please contact me and I will certainly post them (with full credit going to you for your craft, of course).

There are many different legends about the origin of Santa Claus but the one most seem to agree on is that St. Nick lived in Turkey in the 4th century.  He was a child of Christian parents and was taught to love God and do good unto others.  As an adult he became the bishop of Myra and performed many good deeds, especially for children and sailors.  After his death he was named the patron saint of children and was given his very own feast day that was celebrated on December 6th.

Santa's feast day was celebrated on December 6th so why do we have Christmas on December 25th? 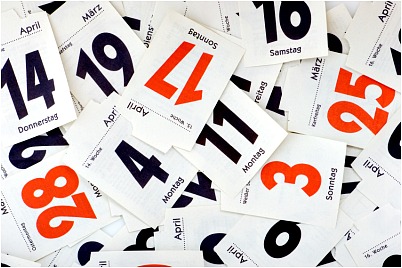 Julius I was Pope during the time Nick lived and he wanted there to be a day set aside where everyone could celebrate the birth of Jesus.  No one actually knows Jesus' exact birth date so Pope Julius picked December 25th to be the holy holiday.  What made him choose December 25th over every other day of the year?  Well, at this time there was a pagan festival that was held on December 25th every year.  Pope Julius hoped that celebrating the birth of Jesus on the same day would bring Christianity to the pagan festival.

Ok, so we know how Christmas came to be in Turkey, but what about America? 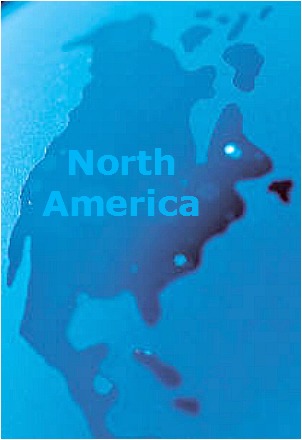 It is believed that we adopted Saint Nicholas from Dutch customs after the Revolutionary War and his image was firmly established in different ways: 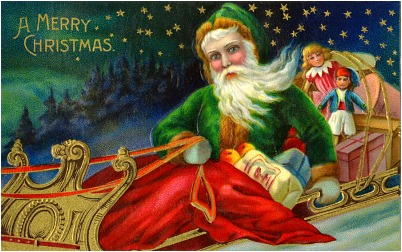 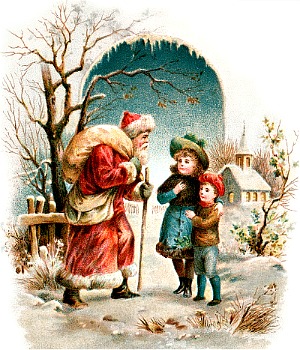 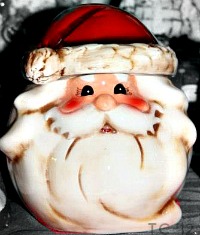 So now we have a jolly old chap who makes toys for children in his workshop all year round.  Then on Christmas Eve he dresses in his suit of red and white and climbs into his toy-packed sleigh being pulled by eight reindeer.  The reindeer fly him all over the world so he can slip down chimneys and bring gifts to all nice boys and girls.  And that jolly old chap is none other than the beloved Santa Claus who has inspired these terrific Santa craft ideas.

I love Christmas and fun Santa craft ideas.  I love shopping and wrapping gifts.  I love watching all the Christmas specials on TV and listening to Christmas carols. I love all the yummy, yummy goodies that always available.  I love seeing all the lights and decorations whenever I am driving in my car.  I love the peace, joy, and hope that encompasses the whole holiday.

And I love Santa Claus!  I am actually a Santa Claus collector (that's my collection above).  For about 15 years it has been tradition in my family to buy one new Santa for me for Christmas.  I am always excited to open that gift and see what my new Santa is going to look like.  And once I have seen him I snuggle him in with the rest of the Santa's in my collection.

And my joy of Christmas is what brings these Santa craft ideas to you.  Enjoy!

I would like to finish this Santa craft ideas page by wishing all of you a very merry Christmas that is filled with family, friends, and lots of love.  "Merry Christmas to all, and to all a good night!"

What do I hear?

Was that a crack?

it's only Santa opening his sac.

Have your say about what you just read! Leave me a comment in the box below.